This Settlement will Impact Banks and Borrowers Nationwide 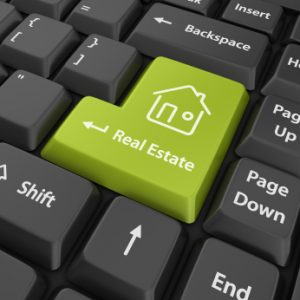 Perhaps the most convoluted and unresolved issue created by the mortgage meltdown concerns not mortgage rates or amortization, but the central question of who owns your mortgage and where it can be found.

The state of Delaware recently settled a lawsuit with Merscorp Holdings Inc., who operates the Mortgage Electronic Registration System (MERS). The agreement sparked a deal that is likely to spread nationwide.

MERS, according to the settlement agreement, was created to “to speed up and reduce the cost of the securitization process by bypassing county Recorders of Deeds offices throughout America. With little to no oversight of MERS’ practices, MERS did not meaningfully audit its records and failed to enforce its own rules governing members’ conduct. MERS was thus a key player contributing to the lack of transparency in the foreclosure tidal wave…”

In other words, one purpose of the system was to avoid the recordation fees required in most jurisdictions when a mortgage is bought or sold.

“Lenders save at least $25 for every new loan they register on the MERS System,” said MERS executive Carson Mullen in 2007. “Since the beginning, MERS has saved the mortgage industry over $1 billion in unnecessary costs.”

Under the settlement with Delaware Attorney General Beau Biden, MERS will now have to make a series of changes that will allow borrowers to identify their loan owner–an important matter when it comes to mortgage modifications and foreclosure.

Five Important Aaspects of the Settlement

“Every homeowner should be able to find out who owns their mortgage, not just the company hired to collect payments,” Biden said. “The MERS System functioned to obscure this important information.”

The Biden agreement only applies to Delaware–but obviously it will become the model for all states because there is no reason why only borrowers in Delaware should know who owns their loans. The requirement to record transactions with local property record offices will make it easy to check title data as well as bring in cash to local governments–recordation fees that should always have been paid.

The only tragedy of the Biden agreement is that it was not in effect a decade ago. It would have gone a long way to preventing robo-signing, foreclosure delays and wrongful foreclosures–just a few results associated with the mortgage meltdown.