So when a cop or other official asks for your address, you can tell them “America”, rather than United States. That might throw their corporate UNITED STATES supremacy for a loop.
And you WOULDN’T be lying as “America” was used as the name of our country even on official documents. For example it said on passports “AMERICAN CITIZEN” and AMERICAN CONSULATE.
Don’t be fooled into believing that you live in District of Columbia AKA the United States, when even passports used to call this nation “America”. And of course it helps if you don’t use ZIP codes or use them only under duress, under protest and due to necessity, since a lot of people are ignorant and think that they’re required for delivery of post/mail. 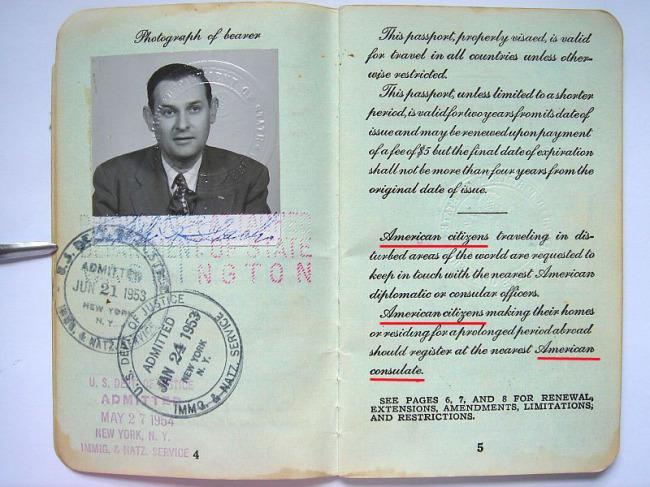 “UCC § 9-307. LOCATION OF DEBTOR.
(h) [Location of United States.] The United States is located in the District of Columbia.” Not in the 50 organic Republic states of the Union known as America.
That’s true. The UNITED STATES is not the NATION or Union of America. UNITED STATES, INC or UNITED STATES OF AMERICA, INC. has nothing to do with continental America. The UNITED STATES, INC or UNITED STATES OF AMERICA, INC. are legal fictions called corporations.
I read somewhere that “Nations” per International and World Law, must have three things.
#1. People #2. Land and #3. Government. And I am adding a #4. MONEY to run the government and protect the Texian People; and the Texas Republic Nation has people, but not enough. This is why we need you people to join us in the Texas Republic Nation today. We have Land, nearly 1 million square miles reaching from Texas to the California pacific shoreline under Legal, Lawful, and Perfected International Treaties with Salvage Rights.

All of the Texas Republic Nation’s money is backed by precious metals such as copper, gold, and silver, with precious minerals, timber, and oil, and The Texas Republic Nation’s lawful moneys are not the Private Corporation of the Federal Reserve banking system’s International Promissory Note Dollar Bills that are Commercial Paper backed by nothing except faith and credit nor United States Treasury coins that are no longer minted of real gold and silver.

These Texas Republic Nation Units can be slightly compared with the penny, nickel, dime, quarter, fifty cent piece and the dollar coins but are called units by Texians and backed by Gold, Silver, and other precious metals, with timber oil and other precious minerals. Although Money is not a requirement of nationhood, land territory, people, and government are. If you are in debt with the (fake) bank or fraudulent United States Financial Corporation, go to www.Cancel1Mortgage.info today and learn about our processed LPN Security that all banks have accepted and has paid off debts.
The good news is that the Sovereign Texas Republic Nation now has Texas Republic Nation, TRN, cryptocoins (Cyborcunency) soon to be released to the world that are similar to Bitcoins and are bought, traded, mined, and used by merchants just like the Bitcoin, BUT our TRNs are the only cryptocoins that are actually backed by lawful intrinsic valued precious metals, Gold, Copper, and Silver, along with our timber, Precious Minerals, and oil from the Sovereign Texas Republic Nation land area, consisting of nearly 1 million square miles reaching from what you now known as the STATE OF TEXAS all the way to the STATE OF CALIFORNIA’s Pacific Ocean shoreline to the west.

You can also get out of your Corporate UNITED STATES debt slavery prison now by going to www.Cancel1Mortgage.info and read about our bank verified & bank approved preprocessed LPN Negotiable Security that legally, by UCC Law, Federal Law, UNITED STATES Law, American Common Law, and International Common Law is money, legal tender, and U.S. Currency and, as such, can be used as such to pay off your debts and save you Thousands of Dollars.

You should not concern yourself with the initial investment of our licensed processing fee, but the THOUSANDS OF DOLLARS YOU may SAVE by using our bank accepted LPN Security to pay off your debt.

Just order our $19.95 LPN E-booklet for information and educational purposes here only at www.Cancel1Mortgage.info and decide for yourself.

Remember our LPN Security process is not a DO IT YOURSELF Process and our LPN Security e-booklet does not give you step by step instructions on HOW TO PROCESS A LPN SECURITY or a Promissory Note, although I do email you complete instructions after you become our client by ordering our processing to pay off your debt.

YES! I am the only Licensed LPN Security processor in the United States, the USA, and the Texas Republic Nation and the World for all I know.

I am, David Allen Young, the Sovereign Texas Republic Nation Chief Justice Judge for Travis County, in Austin, bidding you a great life with freedom, justice, and restored GOD given rights as a Texian.

Since there are no judges in most of our young, reborn Texas Republic Nation that has been perfected, vested, salvaged, and revitalized out of dormancy as a Sovereign Stand Alone World Nation if you are interested in this County Judge position, or any Texas Republic Nation government position in the Texas Republic Nation county you live in, you must be a Texian and be law abiding and causing no harm or injury to your fellow Texians.

We are also looking for peace officers, military to staff our Army and Texian Nationals to make a difference in our common law courts as Jurists and all of you of like mind are welcome to become a Texian no matter which STATE OF or Country you now reside in.

Our Young restored Sovereign Texas Republic Nation is an Independent Sovereign World Country bordering the Countries of the United States Corporation and Mexico.

Remember, To get out of your debt slavery and discharge your debts, one debt at a time, please go through this site and read about our preprocessed Bank Accepted and Bank Verified LPN Negotiable Security that may pay off your debt and save you Thousands of Dollars.